Let Us Defend Your Rights & Reputation

Penalties for Domestic Violence in Ohio

In Ohio, domestic violence is a felony of the fourth degree. In aggravated cases – such as if the victim is pregnant – an alleged offense could escalate to a second-degree felony. Whether you need to fight a temporary restraining order or require a full-fledged defense, our criminal defense firm is prepared to advocate on your behalf.

If you are charged with domestic violence in Ohio, you can face the following penalties:

The court will impose a minimum sentence of six months or one year, if the offender was aware that the victim was pregnant. This is dependent on if the incident was harmful or a threat and whether it harmed the unborn child or not. 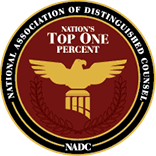 Allegations of domestic violence can quickly escalate to serious criminal charges and a conviction that turns your life upside down. Don't let accusations from an angry, bitter, or frightened family member tear you away from your family. Call our Cincinnati domestic violence attorneys at Bleile & Dawson to start building an effective defense the moment these allegations arise.

Contact us right away to take action and defend yourself from charges of domestic violence in Ohio. We can defend you during a pre-trial investigation and represent you in court if charges are filed. When you work with us, our team will work tirelessly to prove that the allegations against you were not founded on facts. Proudly serving clients in Cincinnati, Ohio and Southern Ohio, and in Northern, Western & Eastern Kentucky, including Boone County, Kenton County and Campbell County. We also serve clients in Southeast Indiana.